Terry Riley: One of the pioneers of minimal music, he was born in Colfax, California, in 1935. Influenced by the musical experimentations of his time and by his personal experiences with drugs, Riley composed his first serious work, “Mescalin Mix,” in 1960. It consisted of assembling cassette loops of various sounds, which would be a primitive and simple sampler. He was a forerunner in the use of electronic devices such as “tape delays” and introduced, in the musical language, terms such as continuous repetition. In 1964, Riley composed “In C” based on repeating patterns.

La Monte Young: Pioneer of the concept of extended durations of time in contemporary music for 35 years. Likewise, his work has played an important role in the development of the use of the Just Intonation in 20th-century music and the growth of the minimalist style. Early involved in jazz, during the 1950s, he was a saxophonist in Los Angeles and played with Eric Dolphy, Ornette Coleman, Billy Higgins, and Don Cherry, among others. After graduating from his composition studies at the University of California at Berkeley, he moved to New York, where he conducted his first concert in that city. 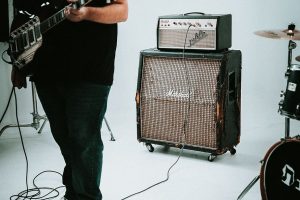 Steve Reich: born in 1936 in New York, the son of a lawyer and a pianist, due to the divorce of his parents he grew up in California. At the beginning of his studies, he was really surprised by Stravinsky, Bach, and Perotin, and at the age of 14, he formed his first quintet, enthusiastic about the jazz players who were playing at that time. In 1957 he graduated from Cornell University with honors in Philosophy, and from 58 to 61, he studied at Juilliard, having as professors William Bergsma and Peter Persichetti. Interested in ethnic music, in the 70s, he decided to travel to Africa and studied at the University of Accra in Ghana. One of his most outstanding works is Music for 18 musicians.

Philip Glass: Born in Baltimore and as a child, he studied flute at the Peabody Conservatory. Later he attended Juilliard Music School, where he began to play almost exclusively the piano. After studying with Nadia Boulanger and working with Ravi Shankar in France, Glass traveled in 1966 to northern India, mainly for religious reasons, where he came into contact with Tibetan refugees. He became a Buddhist and met the Dalai Lama in 1972, as well as the poet Allen Ginsberg. When he returned home, he gave up all his earlier Darius Milhaud and Aaron Copland-style compositions and began writing austere pieces based on additive rhythms and a sense of tempo influenced by Samuel Beckett, whose work he discovered by composing for experimental plays.

John Adams: He was born in Worcester, Massachusetts, in 1947. His childhood in New England was filled with music. In 1965, he won a scholarship to Harvard, where he completed both his diploma and his master’s degree. At that school, along with other students, he was trained in the twelve-tone method of composition, created by Arnold Schoenberg. After moving to San Francisco in 1972, Adams began teaching at the San Francisco Conservatory of Music, where he conducted the New Music Ensemble. It was there that he began to rebel against his training. He was inspired first by the work of avant-garde composer John Cage, and then by the music of minimalist composers such as Terry Riley and Steve Reich. Adams professes minimalism different from Reich or Glass; he is more interested in Western symphonic than non-Western traditions. Thus, with renewed minimalist techniques, he builds a more emotional and discursive musical language. It rejects the impersonal and mechanical character of the original minimalism, incorporates a more dynamic degree of change and variation, fusing this aesthetic with other stylistic possibilities taken from the European classical tradition.